How to make pork ribs, an inexpensive meat, taste like a million bucks

It was the lard that made us swoon.

My wife and I were having dinner at a restaurant in Reggio, Italy, one night. At the outset of a long meal, the server brought out affetatto (assorted sliced meats) and we were very much in heaven. Prosciuitto, mortadella, various salami–then came lard-thinly sliced, shimmering, buttery strips of lard that we rolled onto breadsticks.

I don’t know about other people, but we swoon outloud. The server, obviously pleased, to us, “You have to understand, for us, the pig is sacred.”

Back home in the U.S., following my daughter’s excellent advice, I have started cooking short ribs to enjoy some pig at home. Herewith the recipe:

These are grocery store ribs.

I’ve tried higher end providers, which tend to sell lean ribs and lean roasts. Where did the American consumer get the idea the pig fat is to be avoided? Not in our kitchen. The fat’s the thing that makes these ribs irresistible. So I go with the grocery store guys. The ribs sometimes have a little bone in them, which is fine.

I saute a mess of sliced onion, then remove the onion from the pan, toss in a couple minced garlic cloves and add the ribs. Once they have some cooking time and brown up, I ladle the onions back into the pan, cover the pan and start the long cook. Once they’ve made some sauce from the pork fat, I’ll add white wine I happen to have in the fridge and a handful of rosemary. Cover and cook low. 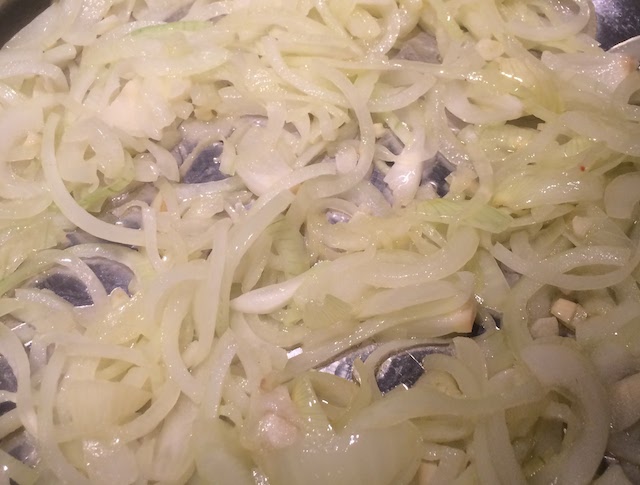 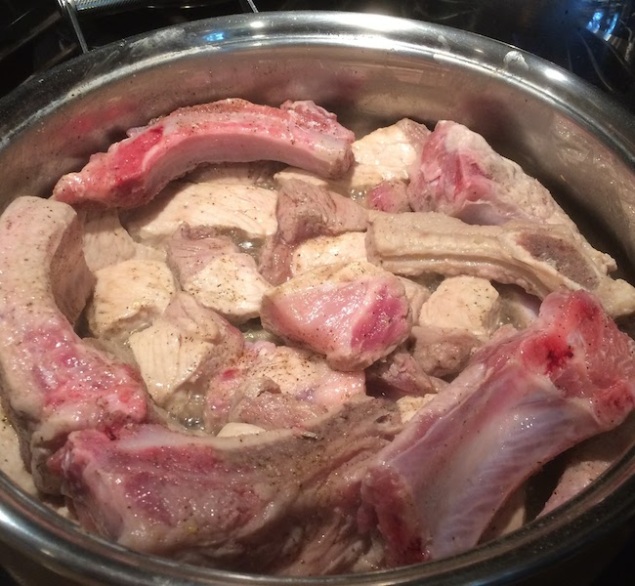 They will be wet for quite a long time. After 3 hours or so, they’ll start to cook down. The fat coagulates. The rosemary, so fragrant, has done its work.