Over the next few weeks my wife and I will be traveling with friends from Italy. We’re doing a tour of the canyon country in the American Southwest. The night before she and her husband left Italy for the U.S., Adele posted this photo of her last pizza.

“Whenever I take a trip,” she says, “I always go out for pizza the night before.” She wants a good pizza because wherever she’s going, it’s a safe bet the pizza will not be as good as the ones at home.

“That’s not all,” she says. She holds up a hermetically sealed foil lunch bag. “I always bring Parmigiano-Reggiano.” Her cheese man at the market in Rimini vacuum-packs slices of cheese for her. “If the food is terrible where I’m going,” she says, “I can always eat some Parmigiano. It’s my salvation.”

For anyone on the road, in varying degrees, food becomes an issue. Can we find something we like? Can we stomach what they’re serving? What do we miss from home? What’s the first thing we want eat when we get home?

Spoon University lists the 24 foods Americans miss most when they are abroad. High on the list are foods in the dog family, like hotdogs and corn dogs; also certain cheesy delights make the list—fried cheese sticks, mac and cheese, Cheez-its, cheeseburgers; then come ethnic foods like cheap sushi, tacos, Chinese take-out, deep-dish pizza; and popular members of the bread family, such as waffles, bagels, and pretzels; bacon, of course, lots of bacon; and finally, something called In and Out, with the specific recommendation, and this is not a joke, of having it Animal Style (not my caps). And this accessory: ice. Americans require large amounts of ice and are often starved for it abroad, especially in Italy. 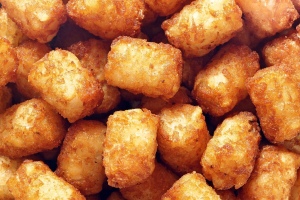 I’m pretty sure most of these American favorites will have Adele reaching for her Parmigiano.

Her photo and her cheese got me thinking about pre-departure rituals—about last food. Before a long trip, I’m most inclined to just try to empty the fridge. Finish off that last dab of yogurt. Make a soup from leftovers. Eat that last egg and crust of bread. If time allows, however, to put me right with the world, I will probably want a dish of pasta with ragu and a glass of red wine.

This week, my last food before flying has been more on my mind than usual, because of the disturbing story of an exploding engine on a Southwest Airlines flight, in mid air, and a passenger sucked out of a blown-out window. Who doesn’t fantasize about such disasters? For years, when the beverage cart rolled down the aisle and stopped next to my row, I ordered a double scotch. If the plane goes down, I would think, at least I will have enjoyed one last luxury.

There’s a fairly extensive literature on last food. But here I mean last meals, in which food and death go together. The practice of officially killing people has a long history in the U.S., and in western culture in general; part of that practice is the last meal ritual. The website Dead Man Eating documents final menus. Brent Cunningham, writing for Lapham’s Quarterly, remarks upon the curious paradox of the last meal, that we should “mark the end of a life with the stuff that fuels it.”

What would I want if I knew this was my last meal? Probably the same answer: a dish of pasta and a glass of red wine.

Perhaps Adele would want a pizza, though definitely not of the deep-dish American variety. I’m sure she would rather die than eat one of those.