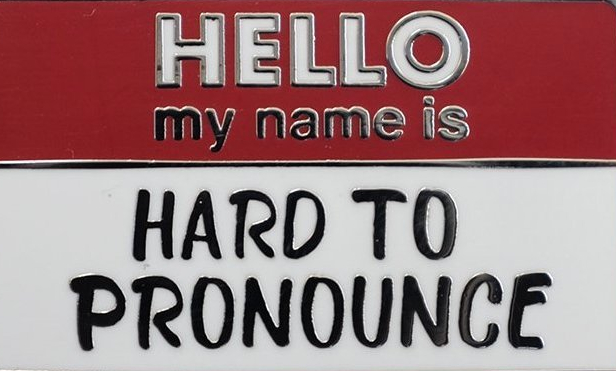 These days, when I make reservations in Italy I give my wife’s maiden name.  A table for four at 7:30, for Canducci. Same thing when I call the heating repair man (it’s cold in the apartment or there’s no hot water). I say, “This is Canducci on Via Olivella in Serravalle.  Can you come and check out our boiler?”

I never say Bailey. Ever.

Names are essential.  And they can be complicated. How hard do we want to work at them?

We have an acquaintance in the States, an Italian immigrant who takes umbrage at Americans’ failure to pronounce her name properly.  “My name,” she says, “is Paola. What’s so hard about that? Paola. But everyone says it ‘Pow-la’”. 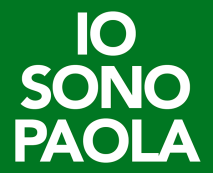 Excuse me, but she would like to hear all three syllables. That’s PAH-oh-lah. In Italian the “a” and the “o” are pronounced as two distinct syllables, whereas in American English we smoosh the two vowels together into one sound, one syllable. POW-lah. We don’t do it because we are mean or stupid; it’s just the sound profile that’s available to us, it’s what we hear and say, especially in the Midwest, with our diphthongs.

It may be human nature that we can brook mispronunciations of words and tolerate grammatical slips and flubs, especially on the part of foreigners, as long as we can understand what’s being said.  Unless those mangled words are our names. Say my name wrong and we have talk about it. It’s personal. 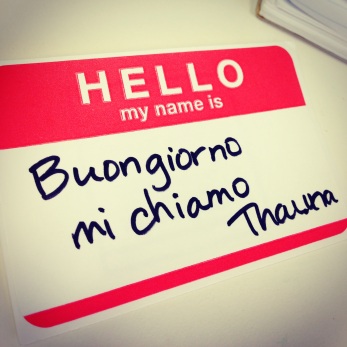 My wife has dealt with this difficulty her whole immigrant life in the US. Her name, Tiziana—that’s Tee-see-AH-nah—has been slaughtered in a variety of ways. It makes her mad. She can’t help it, anymore than the person mispronouncing the name can help saying it wrong.

When I taught school, one of the special pleasures of my work was getting new lists of names at the beginning of the semester.  Four or five classes, four or five class lists, 88-110 new names. I took attendance everyday–to make sure everyone was there, but also to enjoy saying and learning people’s names.  On every list, however, at that multi-ethnic institution, there were challenges. Some of those challenges the students felt. A few of my Mohammeds would tell me to call them Mike. A Hussein el-Hussein advised me to just call him Hank.  Yehiah, on the other hand, asked me to call him Yehiah.  One morning a Korean student stopped me before I mispronounced her name.

“You can call me Sherrie,” she said.

I told her I’d like to call her by her real name.  The way it was written on my list, I knew I couldn’t say it.

“Shi-SHUN.”  Second syllable stressed. “Shishun,” I said.  “That’s beautiful. I can do that. Can I call you Shishun?”

“That’s my name,” she said with a smile.

One semester I struggled with the pronunciation of an African-American student’s name. She sat in the back row. I said her name wrong. She said it to correct me. “What’s that again?” I said.  “I want to get it right.” She repeated her name 2-3 times. I got it wrong 2-3 times, arriving at a point where I began to look stupid or deaf or possibly condescending, and she began to take offense. I didn’t want to, but we settled on a short form. I called her Ray for the next fifteen weeks. 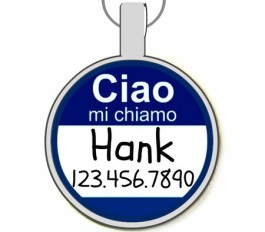 POW-lah.  PAH-oh-lah.  These problems know no borders. It’s not just Americans that can’t hear and pronounce names right. Before me, my wife had a boyfriend named Craig.  My mother-in-law pronounced it Crack. For as long as I’ve been coming to Italy, I’ve had trouble making my name understood as well. Both of them.

Rick. One syllable words and names are rare in Italian. I see the look of uncertainty on people’s faces when I say my name. Only one syllable. Here and gone. I say it again, often to no avail.

Then there’s Bailey.  What to do with those vowels? I say it again. Not BAY-lee, the way it’s said by English speakers. I say it the way they say it in Italy: Bah-ee-lay. Sometimes it helps to say, “You know, like the Irish liquor.” There’s name recognition. They say, Oh, Bailey. Sounds like BUY-lay.

Over time I’ve pretty much given up. I don’t expect anyone to remember my name. Around casual acquaintances, I identify myself with my wife, through my wife. I’ve taken her name.  I am Marito della Tiziana (Tizi’s husband). It’s especially useful in meetings subsequent to introductions.

I don’t say Rick. Even less do I want to say Rick Bailey.  Marito della Tiziana. MDT. That’s me. 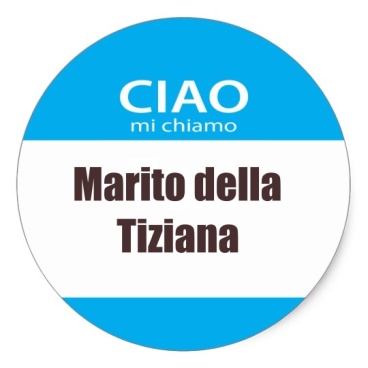