We’re having a light breakfast before going to yoga. I’m one egg, sunny side up; she’s two, poached. I tried yoga with her a year ago, half a dozen sessions, and decided it was too much work. Plus, it’s a full hour of listening and following directions, which is probably good discipline, but still, it’s discipline. I’m trending post-discipline these days. But she’s persuaded me to give it another try.  The mind-body connection appeals to me, or the idea of it does. Today will be my fourth session.

“You mean the white,” she says. “And I think it’s AL-bu-min. Accent on the first syllable.”

I’m an al-BU-min man myself. Always have been. I tell her this.

“Levanto,” I say.  Like this: LAY-von-toh. One year we had rabbit for lunch in Levanto after a hike across the hills from Monterosso. I remind her now of that day.

We pause for bites of egg. I’m remembering that hike above the sea, the rabbit, and the pasta with pesto that came before the rabbit. I can tell she’s thinking, but probably not about that lunch. A while back she read a book and subsequently had a lot to say at the breakfast table about Lepanto and the Ottoman-Venetian War in the 1500’s. I’m pretty sure she’ll go there.

While I’m searching for pronunciation help (more like confirmation help, as I’m pretty sure I’m right) I remind her our daughter hates the word albumin. And lunchmeat. You can’t get her to say albumin or lunchmeat, either, ever.  While I scroll, my wife revisits what she read about Lepanto, a city in the south of Italy, and the siege of Famagusta, and that Venetian captain, Marcantonio Bragadin, who was skinned alive. “Flayed,” she says, daubing yolk with some bread. The Turks, she adds, kept Bragadin’s skin, stuffed it with straw, and paraded him around the streets of Famagusta, and then took the skin with them back to Constantinople.

“After the Battle of Lepanto,” she says, “the Italians recovered Bragadin’s skin and returned him to Venice.”

We get to yoga early enough for a long warm-up. For me that’s lying on the floor, on my mat, on my back, my head on a rolled-up towel pillow. Eyes closed, I pay attention to my breathing: That’s the putative reason for just lying there: A mindful warm-up. Letting my mind wander is the real reason. It’s a peaceful, fanciful moment. A few feet away my wife stretches. A few more feet away a guy our age stretches in earnest, stretches and moans; moans in kind of a sexual sounding way, which, to me, seems uncalled for.

Then Kadesha breezes in. She’s dressed in dark green tights, a sleeveless camouflage pullover, her straight reddish hair pulled back in a ponytail. She rolls out her mat, lowers the lights in the room, starts the mood music. I’m guessing Kadesha is forty-something. She’s been in the US long enough to speak perfect English, but with a yoga-appropriate accent.  (She says “wortabrae,” which I love.) She’s also pliable as a rubber band. Try the poses, she says. But don’t hurt yourself. 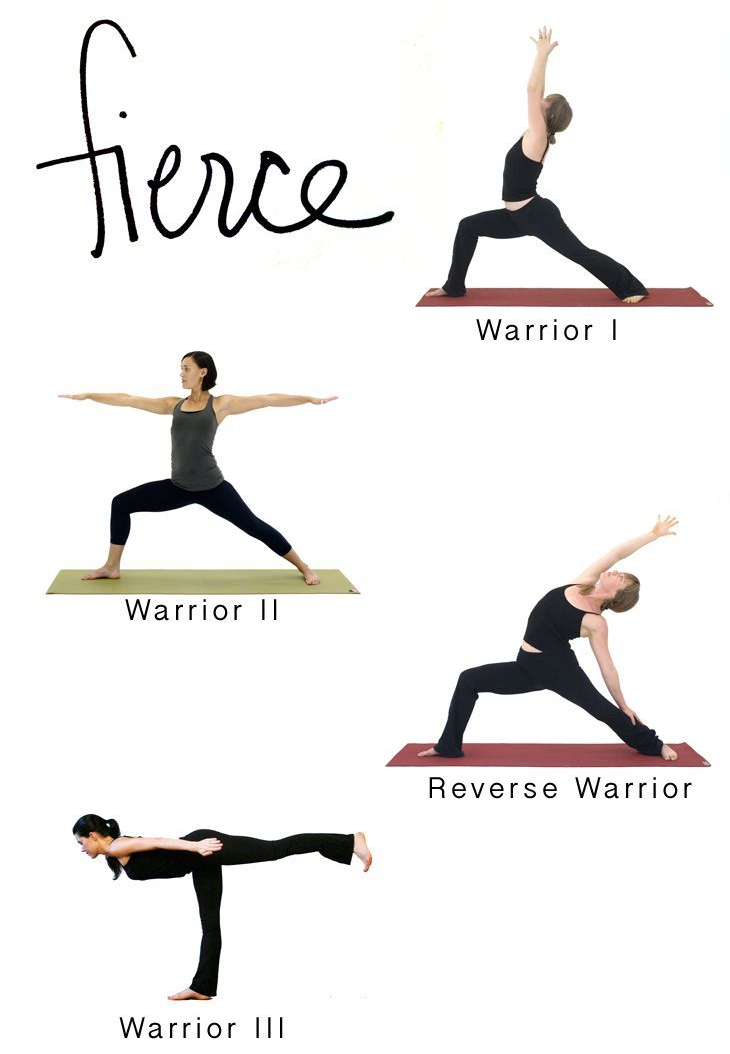 We do a few warm-ups. We go through a series of dog poses. Down dog, up dog, bird dog, three-legged dog, extended puppy, playful puppy. Then we transition to mountain pose and some of the warrior poses. I never knew my arms weighed so much. At regular junctures she reminds us keep the mind-body connection in mind. On one hand, that’s easy, especially when fatigue and pain come into play, which is often. Body is all you can think about then. On the other hand, the mind can wander off. Mine does.

This morning, it wanders to the Mueller report and, specifically, to two spaces.

Everyone is riled up about the Mueller report. Earlier today a new, and odd, grievance surfaced in my reading.  Writing for The Philadelphia Inquirer, the Angry Grammarian (aka Jeffrey Barg), observed: “The attorney general of the United States has just executed a cover-up so brazen, so grotesque, so audacious, that it was done in plain view. Right under our noses. He put two spaces after his periods.” 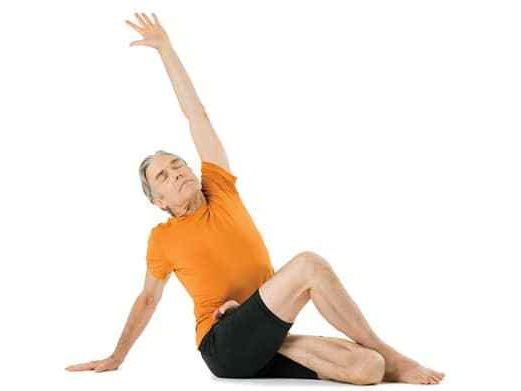 Ouch, lord-of-the-fishes pose. We’re fifteen minutes into the session. I’m hot, out of breath, and weak. Rest anytime you like, Kadesha says.

Two spaces, I think. That’s what I do. I took typing from Mrs. Darwin in the tenth grade. In a room with seats and desks and machines for thirty kids, half the typewriters were manual, half were electric. There must have been a coin toss at the beginning of the semester, or maybe it was the tyranny of alphabetical order. I had to start on a manual, which was terrible. Not exactly finger yoga, but something like that. You pounded out p’s and ?’s, shifts and returns with your right pinkie, tabbing and shifting and smashing q’s and z’s with your left pinkie. Every day I looked across the room, eager to go electric. Like any beginning typist, I looked at QWERTY and thought, What the hell?  Wasn’t there an easier way to arrange the letters?

Revolved side angle pose. You expect me to look at the ceiling, Kadesha. Really?

That was 1968. For roughly the next three decades I space-spaced after every sentence on my manual Olivetti and then electric Smith-Corona typewriter.  I continued to do so when I transitioned to the computer. I type on my computer. There’s never been a substitute for that antiquated verb. I don’t word process or keyboard. I type.

In yoga, you think once you get on the floor, the work will be a little easier. At minimum, there is less risk of falling over. Lord-of-the-dance pose? Extended-hand-to-big-toe pose? These are invitations to collapse. On the floor is not easier. Definitely not. Side-plank combines the agony of plain plank with impossible equilibrium challenges. Lord-of-the-fishes pose? Noose pose? Just kill me.

Space-space is all about the transition from monospacing to proportional fonts. In Mrs. Darwin’s (and my) world, every letter, number, and mark of punctuation took up the same space on the page.  After a period, space-space broke up the text, giving the reader’s eyes a rest, clearly demarcating sentence as segment, unit of thought and meaning. Eventually it just became what you did. Space-space. Next sentence.  It was automatic. Then came computers and fonts that allocated just the right amount space, proportional to the skinny characters (i, l, !) and the fat characters (W, Y, T).

Bow pose? Probably not in this lifetime.

People are surprisingly passionate about the space-space thing.  Farhad Manjoo, writing for Slate: “Typing two spaces after a period is totally, completely, utterly, and inarguably wrong.” Megan McCardle, opining in The Atlantic: “You can have my double space when you pry it from my cold, dead hands.”

Forty-five minutes on, I’ve had about enough and sink into child’s pose. It’s where I feel comfortable. Sheepish, but earnestly relaxed.  For the last few minutes I drop in and drop out of poses. I’m a work in progress. Finally, Kadesha rolls us on our backs, for the five-minute relax and meditate at the end of the session. Five-minute mind wander. I lie there, breathe, and wonder: Can I re-program myself, transition from space-space to space? Should I?

“How was it?” my wife asks later.  We’re walking out to the parking lot.

We ride home, at peace with our thoughts, stretched and fatigued. I tell her briefly about the space-space controversy. Attorney General Barr’s four-page letter, some crank noted, would have been three and a half pages without two spaces after periods. How about that?

“Why does it matter?”

She says she’s never thought about it.

“Bragadin’s skin,” she says after a short pause (more than two spaces), “is in one of the churches in Venice. On display.”

“You Italian Catholics and your relics,” I say.

“We should find out which church it’s in,” she says. It’s an invitation–for me to ask Jeeves.

She rolls her eyes.  “Next time we go to Venice, I want to see Bragadin’s skin.”

Next yoga session, she tells me, on Tuesdays with Tina, is different.  Tina walks around the room most of the time. She will occasionally correct your posture.

“You mean I’m doing it wrong?” I say. I’m sure that I am. If correction means less pain, I’m all for it. Somehow I doubt that will be the case. Doing it right can only mean more pain.

I picture the two of us in the room, along with the moaning guy and the rest of the class, holding our poses, forming geometric shapes and letters of the alphabet with our bodies. I know it’s important to get things right in the beginning, not to form bad habits. A bad habit can last forever. 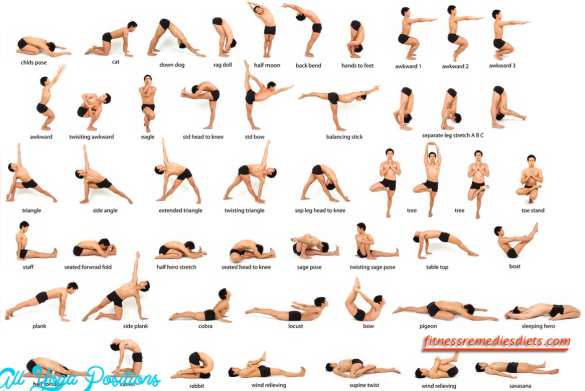