They call it Bancomat over here. It’s fast. There’s no talking involved. You take the money and run.  Yesterday I had to go to the bank in San Marino. In the bank. It’s difficult to get in there. And even harder to get out.

Just push the button, you think. No, it’s not that easy.

You’re standing outside the Cassa di Risparmio, in front of a security system that’s been in place, not just in San Marino but all over Italy, since local terrorism in the 1970’s. Next to the entrance is a panel of secure lockers where you’re supposed to stow any bags you’re carrying.  The green push button activates a reinforced steel door, which opens and admits you into a secure cylinder. You step in. The door slides shut behind you.

You wait, in what feels and looks like a giant pneumatic tube, wondering if, with a rush of air, you’ll be transported into or ejected from the bank.

A mechanical lady says, in Italian, “Hold on just a second.”

She says, “Please go back outside and put your bag in the locker.”

But, you think. But I need the stuff in my bag for this transaction to take place. Can you make an exception?

You wait. The door behind you does not open. Is she scanning you?  Reconsidering? Inside, through the bullet-proof glass, you see three tellers and half a dozen clients waiting. Then, click, the inside door slides open.  You enter, bag and all.

There’s an air of importance about tellers in Italian banks. As if their real job is counting huge piles of money, bank notes in large denominations, in the inner sanctum of the bank, that and adjustling the levers of economic power with great delicacy and precision. But for the moment you’re here, and they have to take care of you. When they’re ready.

One of my first encounters with this attitude was in Florence, years ago. Back in the travellers check era. Before the euro. I slowly passed through security, waited a long time in line, and presented myself to a teller. He had tired eyes and carefully combed salt and pepper hair. He was smoking a cigarette.

I told him I would like to cash travellor’s checks, please.

He took a long puff on his cigarette and turned a blank look in my direction, a look relieved only slightly by raised eyebrows that said, How much? 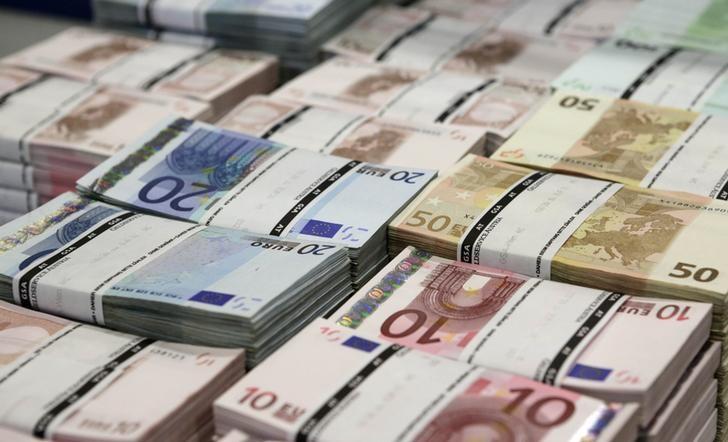 He shrank from me. Forty dollars. And I felt ridiculous. Why not fifty? Why not sixty? His look suggested that another bit of non-renewable life force had been withdrawn from his person.

I signed my checks, he presented me with a form, tapping the space where I would provide another signature, then laid bills and a few coins on the counter, 68,680 lire.

Today in San Marino the atmosphere is about the same. Among patrons there is an atmosphere of bored anxiety, such as you might find in a hospital ER waiting room. What talk there is occurs in hushed tones. For those who can’t stand for long, the bank has provided a couple padded benches. There’s no real line. We are more like an organized clump. Italians hate lines. Outside, in the non-bank world, they will cut a line in the blink of an eye. I’ve seen nuns do it.  Not in a bank. Cut the line and you could be thrust into the pneumatic tube and expelled.

Each of the three tellers is busy with a patron, taking time out to talk on the phone for long intervals, striding away from their post to fetch forms.

When my turn comes, in only ten minutes, I’ve been mentally rehearsing what I will say in Italian. I’ve left my SMAC card home, in the US. It’s a card that gets me reward points for every purchase I make in San Marino, translating into euros I can spend in San Marino. I figure I have a couple hundred SMAC points. We’re going to buy an electric tooth brush! We’ll accumulate more SMAC this month. But I need a replacement card.

The teller is male, fashionably bald, fashionably scruffy.  He opens my passport, clacks at the computer keyboard, finds my account. I make my little speech.

There are days when my Italian comes out smoothly. I can say what I want without effort.  Other days it’s halting and disjointed. Last night in the bakery, I struggled to buy bread. It’s part jet lag, part incapacity, part old age. Across my forehead, “foreigner” might as well be stamped. In the cell phone store they say things I don’t understand. It’s bad in banks, too.

So far, today is pretty good. I hand him the SMAC form and envelope that came with the card four years ago, which I have saved, miraculously, and kept in our apartment. He listens to my rehearsed speech, then nods in recognition. He works in silence for a moment, then says, “Do you have your TIN?”

“Your TIN.”  He tells me what that is, in Italian. I have no idea what he says, what he wants, what I need to get my SMAC and get the hell out of here.

Who carries that thing around? I know I had one when I was ten years old. “TIN,” I say. Now I get it. Tax identification number.

“I have to keep track,” he says, looking at his computer screen. “There is a campo to fill in. In San Marino there is a TIN. In Italy there is a TIN. In Europe countries you have a TIN.” He pauses, gives me a look. What about my TIN? Campo. Of course: field, computer, international finance. Welcome to the New World Order.

I tell him I don’t carry a social security card. In the US we just say the number.

“Is this it?” he says, turning his computer screen toward me. It’s my Medicare card they photographed a few years ago. So I’m already in the system. I’m a player. “Is okay?”

I sign a few forms, he hands me my new card. Out of curiosity I ask: Can he tell me how many points I have on SMAC?  He takes the form I’m holding, points at the bottom. 860 euros. What? I think. 860 euros? Holy cow, that’s lot.  I feel like Tom Hanks in “Big,” when he gets his first grown-up paycheck. 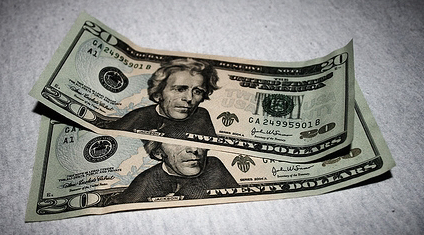 So that’s it. I exit the bank through a different pneumatic tube. Push the button, step inside, one door closes, another one opens. I come away humbled and rattled, satisfied and surprised. It feels like progress. Usually I am just humbled and rattled.

When I was a kid, in my small town bank I walked up to a teller window and did business with Bob Hartley or Ruth Bennet. I had a paper route. Saturdays I deposited my weekly earnings—$4, $5, $6–in Freeland State Bank.  We chatted, there were forms, signatures, initials. The friendly transaction, such as it was, proceeded. Will I ever come to feel that way in this small town, in the Cassa di Risparmio in Serravalle? Somehow I doubt it.

I walk home thinking about SMAC, about the 860 euros. Way more than I thought. Then it occurs to me: that was not our SMAC balance, it was our bank balance, in an account we use to pay the lights, water, and gas bills when we’re not here. International finance. I’m a player, all right. I’m in for 860 euros. Plus SMAC.

But the teller, I didn’t catch his name, was friendly and patient. For now I’ll call him Bob. And I’ll be sure to look for him next time.

But not soon, I hope.