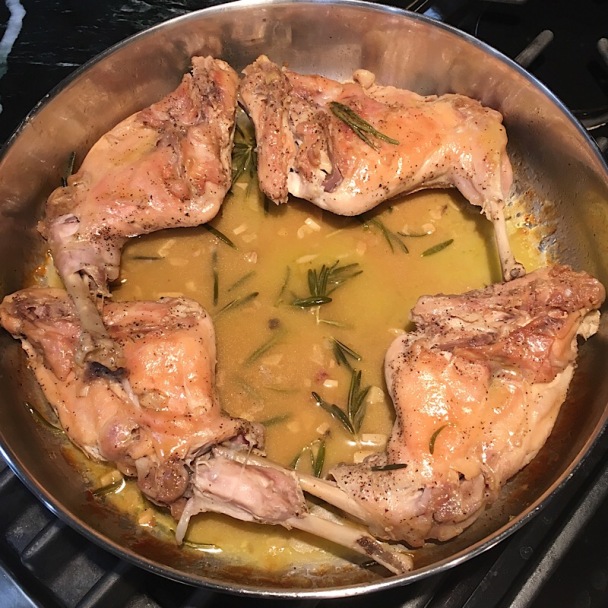 Two words, a friend of mine’ll get a little crazy.

We have a box of it in the fridge.  (Yes, a box.) It came in handy this morning. I’ve got some rabbit quarters on the stove, cooking long and low and slow.

Olive oil and garlic (the more of the latter the better), salt and pepper, fresh rosemary. They brown gently, front and back, getting a tan in the pan.  Some white wine extends the cook, quarter cup, turning those rabbit quarters every 20-30 minutes to avoid stickage.

Another quarter cup. Until finally, to contribute to the flavor, a light splash of chicken bone broth.

Or rather, a splop of it. BB is fatty. Shake before using or you’ll witness poofy white globs of BB fat. Sounds gross.  Is gross. But rabbit quarters want fat. And who can say no to flavor? 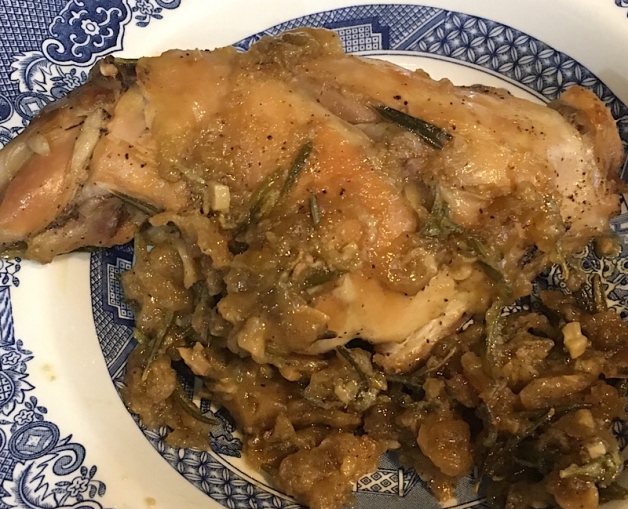 Rabbit quarters.  Something tells me those two words would elicit the same response in my friend as “bone broth.” It’s the culinary two-word one-two knock out punch. Like pigs feet, blood pudding, goat neck, kidney pie. Give that food a long ewwwwww. Unless it’s good.